Warning: is_readable(): open_basedir restriction in effect. File(/languages//en_US.mo) is not within the allowed path(s): (/home/cbtuzbek/:/tmp:/var/tmp:/opt/alt/php73/usr/share/pear/:/dev/urandom:/usr/local/lib/php/:/usr/local/php73/lib/php/) in /home/cbtuzbek/domains/cbtuzbekistan.uz/public_html/wp-includes/l10n.php on line 669
 Tashkent – Hospitality Uzbekistan

Tashkent is the capital of Uzbekistan, a metropolis with a population of more than 2.5 million people.

This wonderful city is the embodiment of the most modern elegance that is inherent in many capitals of the world, but at the same time, being an Eastern city, Tashkent has its own unique flavor. It elegantly combines medieval buildings as if descended from the pages of old Oriental tales, elegant European architecture, a legacy of the Turkestan General-governorship and, finally, glittering skyscrapers of glass and concrete – housing modern business centers and banks – as a sign of a new era of independent Uzbekistan.

No doubt, Tashkent will surprise you with its modernity, but it has preserved such an ancient structure as the mahalla. Such a wonderful social gathering of people who live nearby. They are all neighbors, friends, and comrades. In a difficult moment, they will always come to the rescue.

For those who want to see this warmth firsthand, you can stay in guest houses, which are very many in the capital. The houses are equipped with everything necessary for a comfortable stay. You will be fed a traditional Uzbek Breakfast – hot tortillas directly from the Uzbek tandoor oven, cream prepared the day before, omelet made from homemade eggs. All this is accompanied by the singing of birds and the warm aroma of flowering trees.

This is known all over the world. In many mahallas, the tradition of keeping the front door open has been preserved. At any time, you can go to someone else’s house, where the locals will feed you and support the conversation. These homes reflect the true spirit of Tashkent is a modern and welcoming.

There are 2 international airports and 1 railway station in Tashkent. You can reach the surrounding cities and regions by car. Intercity buses are also available. They arrive at the Almazar metro station and the Kuylyuk Bazaar.

This is known all over the world. In many mahallas, the tradition of keeping the front door open has been preserved. At any time, you can go to someone else’s house, where the locals will feed you and support the conversation. These homes reflect the true spirit of Tashkent is a modern and welcoming.

Metro is the pride of the city. Of all the cities in Central Asia, only Tashkent has a fully functioning metro system. The metro in the capital of Uzbekistan differs from the European one.

All stations have their own unique architectural appearance: marble, granite finish, rows of columns, colorful bas-reliefs, ganch, etc. An important role in the design of stations is played by lighting, which at one station creates the atmosphere of a festive ballroom, and at the other makes you feel like in a mysterious catacombs. Each station is a separate attraction in Tashkent. This is probably why residents of the city so often see the astonished faces of tourists and guests of the capital from other regions of Uzbekistan, who are fascinated by this underground world.

Finally, the metro air conditioning system will always protect its guests from the summer heat and winter cold. So the journey through this dungeon will be a pleasure.

Visit mosques, madrassas and mausoleums – for a while you will become a part of Old Tashkent.

Kukeldash madrasah was built in the 17th century. This place is a monument of the Sheibanid era. At the very beginning, the madrasah served as a fortress, then as the residence of the Kokand rulers. Nowadays – it is an architectural monument that is open to tourists.

It is important to visit the Minor and Islam-OTA mosques, Amir Temur square and Independence Square. If you are interested in history, the Temurid Museum will tell you about Uzbekistan. The Temurids are a dynasty that made a huge contribution to the development of Uzbekistan as a state.

The art Museum has works by local artists, paintings by Russian and Western European masters. There are large-scale exhibitions where you can see and buy Souvenirs, clothing and jewelry made in the national style.

The tallest building not only in Tashkent, but throughout Central Asia – the TV tower of Tashkent. The height is 375 meters. Here, at a great height, there is a viewing platform and a restaurant where you can taste the masterpieces of national Uzbek cuisine.

Be sure to visit an Uzbek wedding. This holiday is always very noisy and fun, just like hundreds of years ago.

By the way, do not refuse treats. This is considered bad form in Uzbekistan, and may offend the one who treats.

The Bazaar is the heart of any Eastern city, the epicenter of social life, the breadwinner of the entire city. From time immemorial, bazaars appeared at the intersection of trade routes, on large city squares. They played the role of the main city places where merchants, merchants and ordinary citizens gathered to discuss important news, find out prices, sit in a cozy teahouse, enjoy pilaf and green tea. The main entertainment events of the city – theatrical performances were also held here.

Tashkent Chorsu Bazaar, which dates back more than one hundred years, has also always been located on the main square of the city of Eski zhuva. Many Eastern rulers on horseback or on foot have passed through the centuries-trodden land of the Bazaar. The old market buildings collapsed and fell into disrepair,but the traditional architecture remained the same – large domed rooms. This was the only way to protect yourself from the heat and dust in the hot and dry Asian climate.

What is there at the Bazaar you will find fresh fruits, amber-colored dried fruits, toasted tortillas, and fresh meat and Kazi (horse sausage)… All this is displayed on the shelves, so that it is simply impossible to pass by.

Teahouses are located next to the Bazaar: right on the street, cauldrons with amber pilaf are Sizzling, fragrant shashlik is blushing, and shurpa is boiling… After a meal, you can go to the nearby craft rows, where masters of decorative art sell handmade Souvenirs.

There are several amusement parks in Tashkent. The most popular places are Telman Park, Ashgabat Park and Gafur Gulyam Park.

For walking in the clean air, the Ecopark is the optimal place, there are also playgrounds. Bicycles and scooters can be rented at the Ecopark. The Park has football and badminton fields, a tennis court, volleyball and basketball courts, as well as a yoga area.

In the summer, tourists can find many water parks. Various slides, artificial waves and unique architectural elements will give kids and their parents a boost of energy. 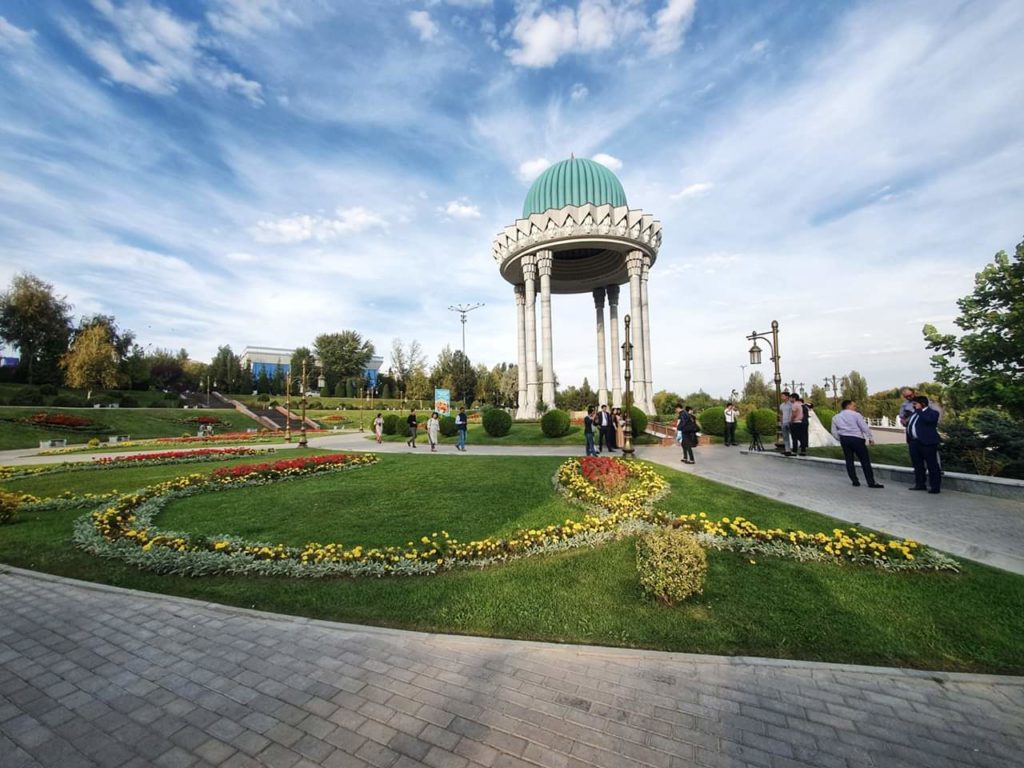 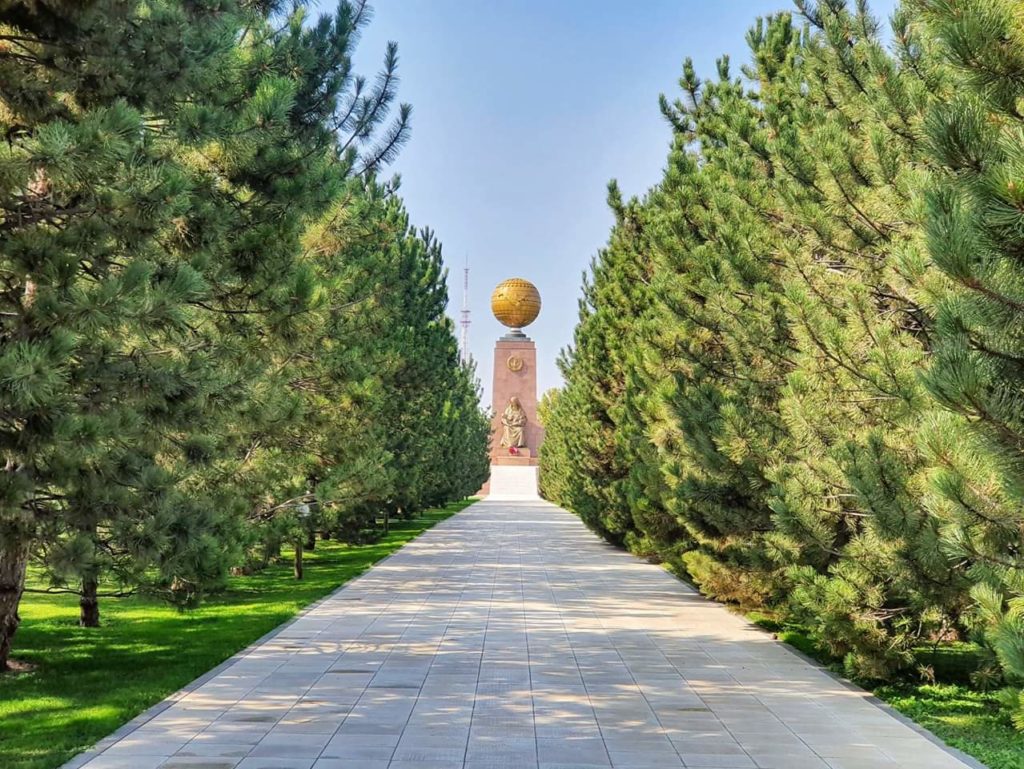