Warning: is_readable(): open_basedir restriction in effect. File(/languages//en_US.mo) is not within the allowed path(s): (/home/cbtuzbek/:/tmp:/var/tmp:/opt/alt/php73/usr/share/pear/:/dev/urandom:/usr/local/lib/php/:/usr/local/php73/lib/php/) in /home/cbtuzbek/domains/cbtuzbekistan.uz/public_html/wp-includes/l10n.php on line 669
 Training – Hospitality Uzbekistan

Within the framework of the EU project «Strengthening rural and ecotourism through business associations for sustainable economic development in Central Asia», a program of a week-long training seminar was developed by the APTA, which participants were beginning entrepreneurs who expressed interest and readiness to master a new type of business. The program of training seminars was aimed at increasing the level of knowledge and strengthening the capacity of participants to organize the work and successful management of guest houses.

The training program was extremely rich and informative, it also included topics of narrow specialization that are important for the successful operation of guest houses, such as introduction to tourism, the creation and management of a guest house, etiquette for receiving and serving tourists. All classes were held in an interactive form, with active use of business role-playing games. 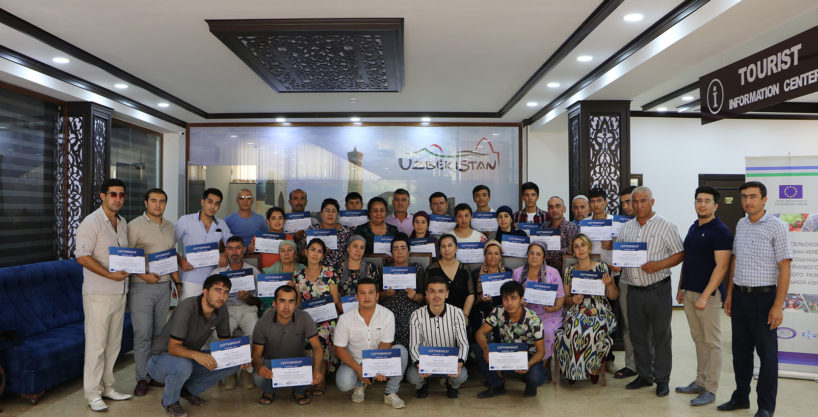 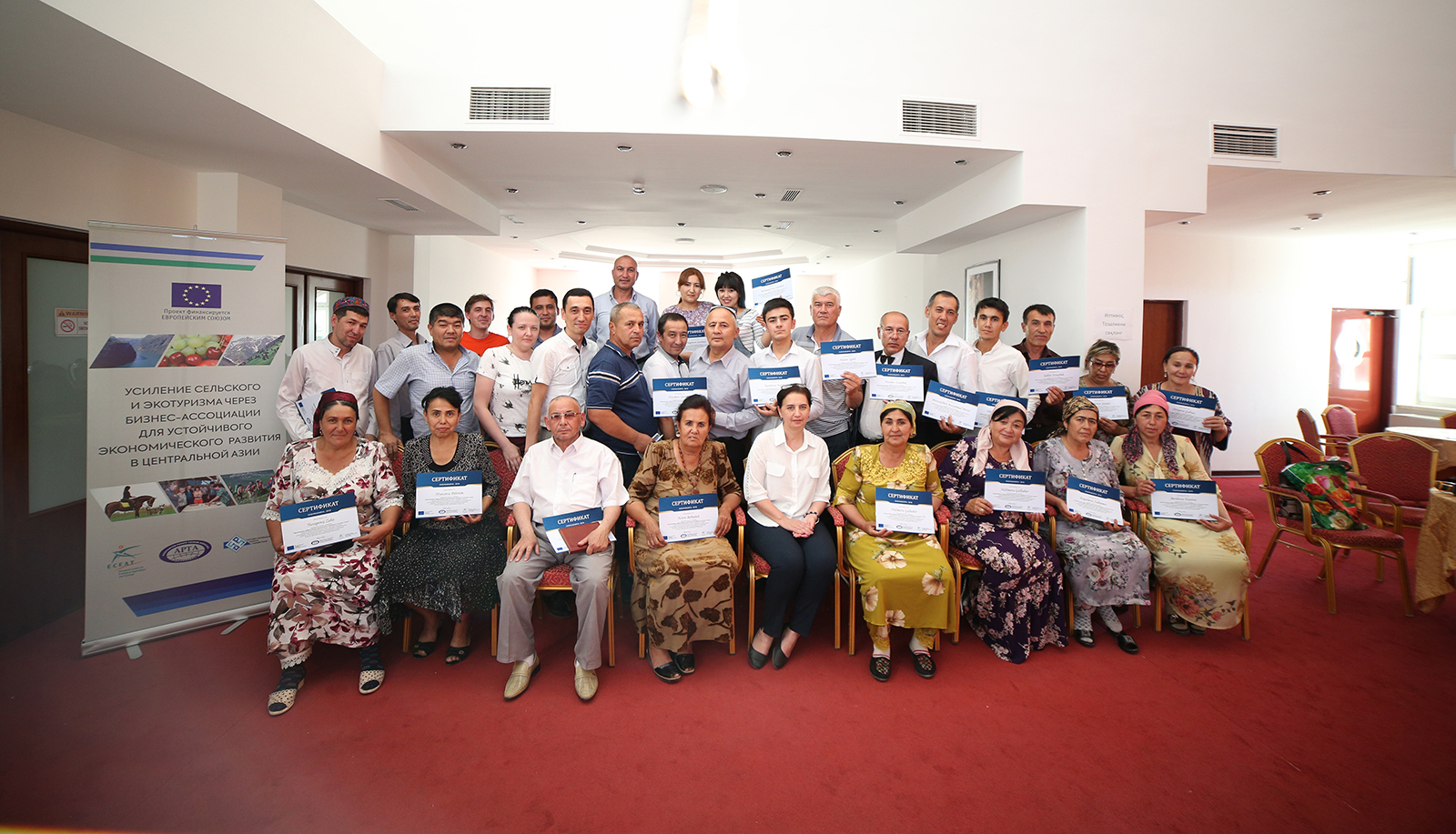 Accordingly, the activities of the EU project were able to generate a multiplier effect. In addition to solving the problems of employment and increasing the income of rural residents, gender issues are also being addressed in parallel. Because the direct beneficiaries of the growing popularity of CBT, in the main, are women.

It should be emphasized that the educational component covered all regions of Uzbekistan over the entire period of the project. In some areas of the country that have a high potential for the development of CBT, training seminars have been organized many times.

This is due to the fact that the number of people willing to learn a new type of business in rural areas was quite high. They are attracted by the possibility of organizing and providing tourist services in guest houses. Moreover, in the Republic of Uzbekistan in recent years, many steps have been taken and many measures have been implemented that make the CBT segment extremely promising.

One of the goals of all project activities is to build a network. Networking involves the formation of business relationships, including the search for new acquaintances and the process of establishing contacts to solve their problems and extract benefits.

As part of the training process, participants not only received the necessary amount of knowledge, but also formed a business community based on the local community.

In the guest house segment, effective networking is particularly important and useful. Thanks to organized events in 24 districts in the regions of Uzbekistan, CBT communities are developing and actively functioning. All groups are active and ready for joint efforts to develop and effectively use the tourism potential of the regions.

Given that the growth in popularity of rural tourism is associated with many factors, seminars were also organized for tour operators, hoteliers, representatives of government agencies, the coverage of which was 320 participants (224 of them are women).